Columbus can’t wait to meet you! Come for the business, stay for the fun.

The Ohio capital city is renowned for its cultural attractions, urban greenspaces, and kid-friendly places. But that’s not all. It’s also one of the fastest-growing cities in the nation, along with the largest U.S. university and world-class professional sports.

Get to know Ohio’s capital city

Columbus is the 14th largest city in the United States—outweighing San Francisco, Seattle, Denver, Boston, Las Vegas, Atlanta, and Minneapolis in population size. According to the 2021 U.S. Census, Columbus is also one of the fastest-growing cities, growing 15% from 2010-2020, and it’s been one of the hottest housing markets in the country for the past five years.

Columbus beats in the heart of the Midwest.

The city is within easy driving and flying distance of hot printing markets. The city is within a 3-hour drive of Cincinnati, Cleveland, Pittsburgh, Detroit, Indianapolis, and Louisville. It is less than 6 hours from Chicago, Buffalo, and Nashville. Columbus is less than a two-hour flight from New York City, Atlanta, St. Louis, and Kansas City.

The Ohio State University is the largest on-campus university in the country with the largest alumni association in the world. Hundreds of thousands of people nationally and internationally visit or relocate to Columbus because of OSU.

The Ohio capital is known throughout the country for its college and major league sports—and its world-class sports fans. Hundreds of thousands of people from across the country attend professional hockey, baseball, soccer, and golf events, plus elite-level college football and basketball games.

Columbus is a family-friendly Midwest gem

Conveniently, APS22 is scheduled in August, so the whole family can come along and play in Columbus. Here are just a few places to play!

Columbus Zoo and Aquarium and The Wilds.

This five-star zoo and nature preserve is not to be missed. Home to the original Jungle Jack Hanna and made famous by National Geographic’s TV series Secrets of the Zoo, visitors will find more than 9,000 animals representing 650 species worldwide.

Officially the Columbus Center of Science and Industry, COSI has been named the best science museum in America for three years running. The science center boasts 300+ hands-on exhibits and Ohio’s largest planetarium. A partnership with the American Museum of Natural History in New York City brings the permanent AMNH Dinosaur Gallery to COSI, including a full-sized cast of a Tyrannosaurus rex and a 100-million-year-old fossilized amber.

The Scioto Mile is an urban oasis comprised of more than 175 acres of recently developed parkland and riverfront. Stretching along the waterfront, starting steps from the Greater Columbus Convention Center, the Scioto Mile connects downtown to the Scioto River through an integrated system of parks, boulevards, bikeways, and pedestrian paths.

The exhibitor-friendly Greater Columbus Convention Center is a busy 375,000-square-foot facility. The GCCC is home to huge events including the Arnold Schwarzenegger Classic, which attracts more than 22,000 athletes and tens of thousands of attendees annually.

With over 120 restaurants nearby, Columbus offers an outstanding culinary experience, with creative chefs and locally-grown, organic food options.

Endless attractions for all ages include the Columbus Museum of Art, North Market, and of course, the LEGOLAND Discovery Center.

All Arise! Americas Print Show, APS, Hints at the Future of Events 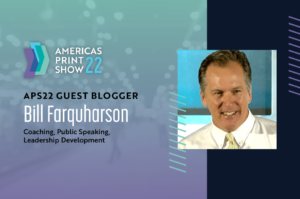